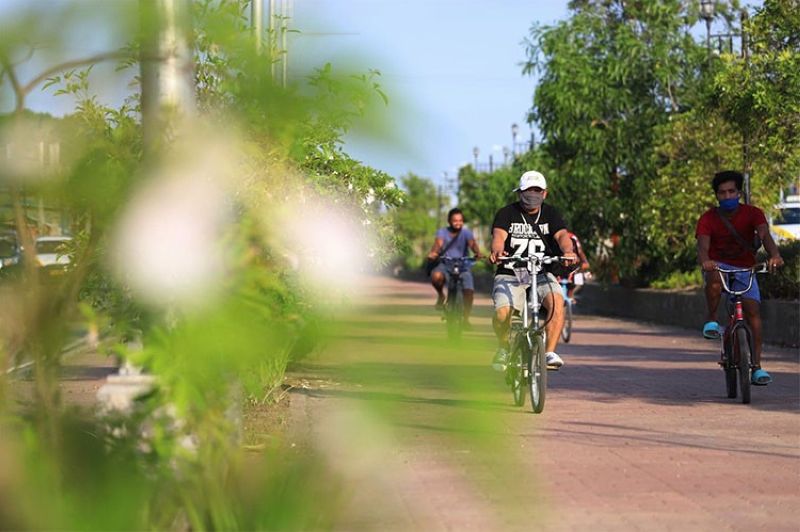 The Iloilo Diversion Road is considered a Class I or a high-standard bike lane based on the guidelines.

The Department of Public Works and Highways (DPWH) and the Department of Transportation (DOTr) has finally convened and formulated a well-coordinated set of guidelines for installation and provision of bike lanes in national roads.

This came after the DPWH released Department Order No. 88 Series of 2020 on September 30 prescribing guidelines on the design of bicycle facilities along national roads. Though the guidelines were drafted by the DPWH Bureau of Design, this was concurred by the transportation department.

Salient points include the classification of the bicycle facilities into three classes: Class I or Shared Use Path or Bike Path, Class II or Separated Bike Lane using either pavement markings or physical separator, and Class III or Shared Roadway. Class I is completely separated from the roadway designated for bicycles and/or pedestrians such as the one in Sen. Benigno S. Aquino Jr. Ave or Diversion Road. Class II is more common in Iloilo City like the ones on the road with green paint on.  Class III can accommodate primarily bicycles but if demand is growing, it can be allotted for vehicular traffic.

In Philippine history, this may be a landmark set of guidelines of DPWH telling its stakeholders that it takes its job as the country’s infrastructure arm seriously. The 59-page guidelines prescribe standards for bicycle operating spaces on roads and bridges, conflict areas (including road intersections, driveways and commercial spaces, and transit stops), grade-separated crossings, compliance with accessibility law, road signs and markings, bikeway facility and maintenance, parking facilities and amenities, harmony with existing utilities, and lane width reduction for roads and bridges. In addition, the guidelines take into account best practices from all over the world such as the United States Federal Highway Administration, American Association of State Highways and Transportation Officials and ipv Delft, a consulting company in the Netherlands.

The guidelines will apply mandatory to new road projects or future expansion of off-carriageway works of DPWH. Deviations on the said guidelines according to the Department Order may be subject to evaluation of the Bureau of Design of the DPWH Central Office and approval of the Undersecretary for Technical Services. While better infrastructure will be expected by cycling enthusiasts and bike commuters soon, road sharing policies are still not being issued by the DOTr. However, with new facilities sprouting on the roadside and cycling population constantly on the rise, demands for legislation in the local and national levels to maximize the use of these cycling facilities will become imperative in the next years.

Ilonggo Engineer or Ray, is a civil engineer and a writer who strongly advocates for road safety, technology literacy, and social equity. View more posts